In my post yesterday, I put up this graph, which has been used by many as evidence of major economic problems.

The graph shows a growing gap between the production of an average worker and the compensation they receive for that production. The Economic Policy Institute (which is the source of the graph above), claims that this gap represents a failure of wealth to “trickle down” to workers. The economy is growing, but workers don’t see any of the benefits. I agree that this story, if true, would be deeply concerning. But I’m not so sure it’s true.

First, I wanted to make sure I could recreate the gap on my own. I used FRED to plot real compensation per hour against real gross value added divided by total hours (to proxy for productivity). I’m not sure if these are exactly the series used by EPI above, but the pictures look pretty close. 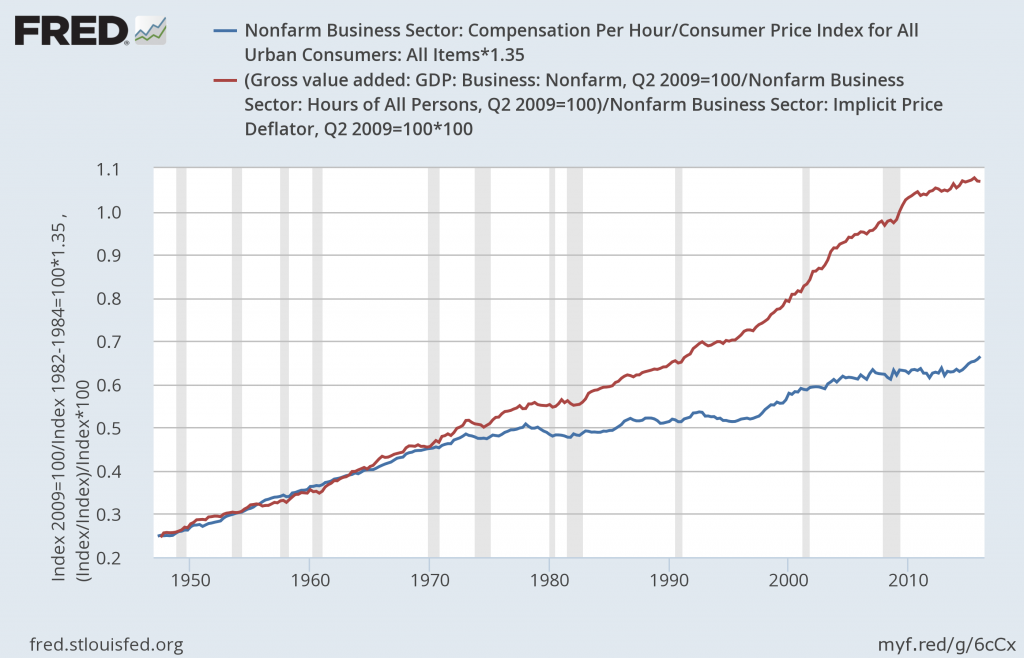 Notice, however, that in order to get these data into real values, I deflated by two different price indexes – CPI for compensation and an implicit price deflator for productivity (if you aren’t sure what the difference is, here’s the BLS explanation). FRED also provides real values for each of these variables and they also use different inflation measures for each. I assume other people that have made this graph have done the same. Although it might make sense to deflate these series using different measures of inflation in some situations, it does not allow for an easy direct comparison between them. Looking at the difference between the two measures over time reveals a familiar looking gap. 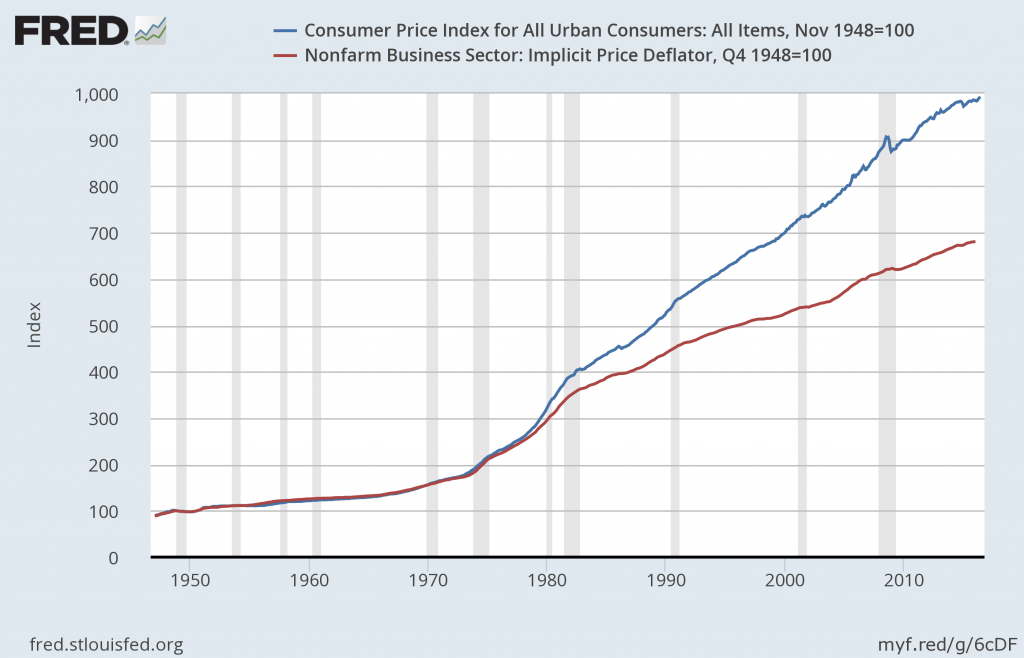 So what happens if instead of trying to look at real values using different (and imperfect) measures of inflation, we just put everything in nominal terms? Bye-bye productivity gap: 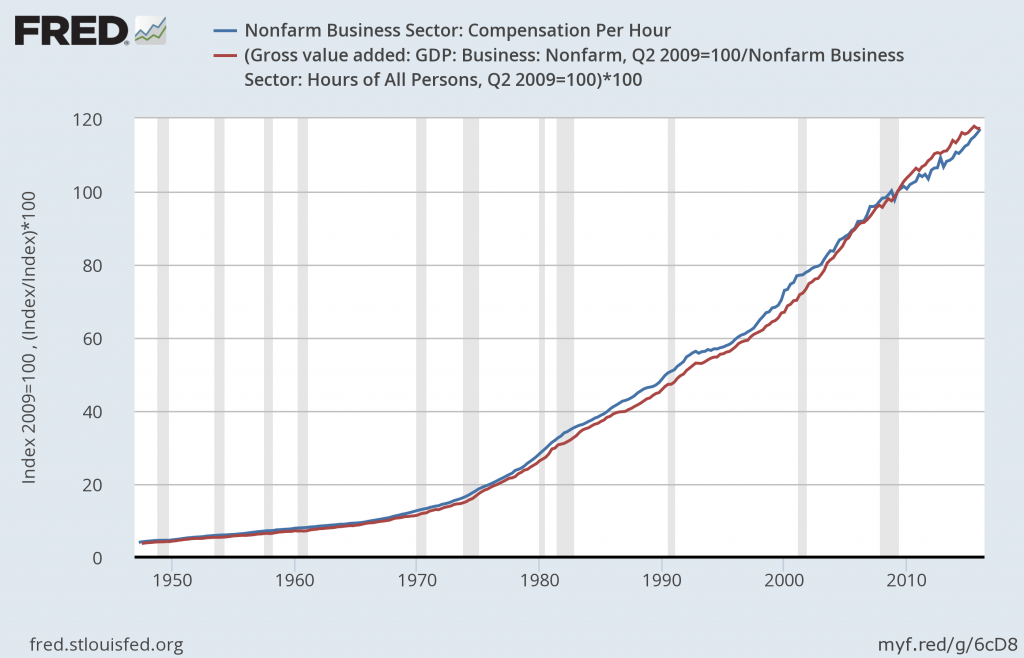 Now, maybe there’s still something to be concerned about here. The CPI is supposed to measure the goods actually purchased by consumers. If the prices of these goods are growing faster than average, then the value of a worker’s compensation is lower. I’m not sure I have enough faith in either measure to even grant that point, but at the very least can we start calling it an inflation gap rather than a productivity gap?

5 thoughts on “About that Productivity Gap”